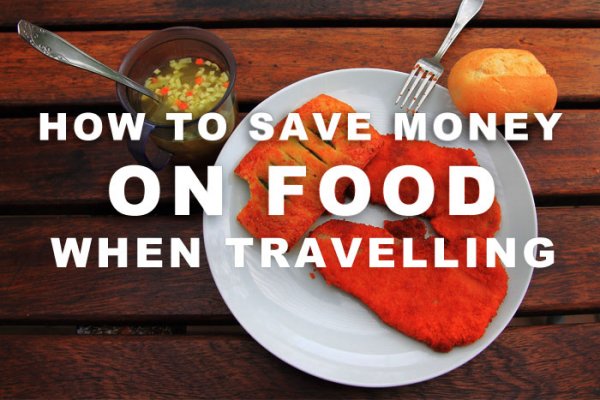 How to save money on food when traveling

Whatever it was, it is hard to argue that whenever you go, you will spend for food significant part of your daily budget. Of course, every person has his own approach for travelling and life style (that depends a lot from how much money do you have) and of course I don’t want to say that we are the winners and you are the losers only if you think and do in other way. All that I will describe below are my own thoughts and observations and if you have another point of view you are more than welcome to write it down in the comments.

Anyway if you are reading this article I assume you are the fan of low-budget travelling, so here we go.  (One important issue - usually we – my boyfriend and I - eat lesser that others. So you will probably spend more only because of the portions, however if you will follow these advices you will spend half as much from your current expectations).

I have been to quite many different countries around the world and I usually write down all our expenses. The interesting part begins when we analysed how much money we spend in each country. It's interesting that weather we go we usually spent 18% of our daily budget on food. 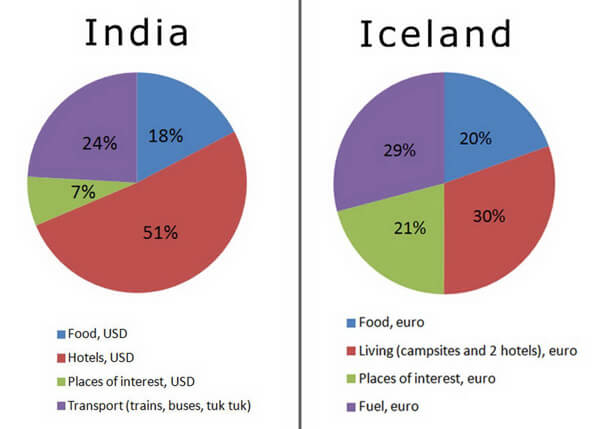 For example, while traveling around Iceland we spent only 123 euro (11% of our total budget) for food, that was 8 euro per day for 2 people - taking to consideration that Iceland is in one of the most expensive countries in the world! Probably you are interested in how did we do that?

Here are three simple steps how to save money of food when travelling: