It is 3 am and it is already 10th of January in fact. We are in India.

We got up early in the morning at 6 am today. Taxi arrived even earlier than we expected. There is something special about the trip in a taxi at early morning when it is dark…

We flew by Aeroflot, with a transfer in Moscow (Sheremetyevo). They fed us with tasteless coffee and a sandwich, which was quite tolerable. It is very convenient pedestrian crossing between terminals in Sheremetyevo airport, so we reached another terminal quickly. It was short break between flights and soon we were sitting inside the bigger plane Airbus 330 flying to India.

It’s six hours flight from Moscow to Delhi. I reminded our last long flight last year to Bangkok managed by  Arab Airlines Etihad. Service there was better than that of Aeroflot, which was manifested to a greater extent in the details. During the flight by Etihad we were given large comfortable headphones,pillow and disposable cosmetic bag with earplugs, socks, a bandage for eyes. This flight we were given a blanket and an uncomfortable headphones.

Though, the food was good, it was chicken with noodles in some sauce. However, all aircraft food seemed to me a lit bit imitation, but chocolate cake for dessert was very tasty. Time passed quickly enough, first having lunch then sleeping and after 6 hours we found ourselves in New Delhi International airport that is really big and very nice.

After we obtained a visa upon arrival (if you are interested in how to get visa on arrival, please read this article), passed through passport control and found our backpacks in the pile on the floor (don’t know why they put them there) we came out from the airport building and were immediately surrounded by taximen, as in most countries in the world…

We approached to the more or less impressive booth that says "Prepaid taxi", where we order a taxi to the hotel that was situated not far away from the airport (in about 3 km) for 250 indian rupee (8$). After we paid, cashier gave us a bill and we were  immediately seated into the car. Let's go.

How to get from Delhi Airport to city

By bus: this is a cheapest way to get from airport, but be ready to crowds and traffic jams.There is 24h bus from Airport Terminal 3 to Kashmere Gates with intervals of 30-40 minutes

By taxi: it is highly recommended to use prepaid taxi in the Airport to avoid deception. It will cost you about 500 Rupee (8 USD) to get from Airport to the main bazaar street where many hotels are situated.

Taxi driver did not know where to go, also did we. He made a call to the hotel without any result and tried to explain us that there are some blocked roads. It was not clear whether he was joking or not.

Thanks to the navigator in the phone of my friend we reached the street that was mentioned in the hotel address and decided to go out because taxi driver didn’t know such hotel. In a word, there was a mistake in the hotel name on the booking.com website, as there are several hotels of the chain called OYO rooms, but there were no specific name mentioned in the reservation.

So we barely found one of the hotel of this chain and man on the reception was not sure that  we made reservation in this hotel, but it was late and we probably looked tired, so he gave us a room eventually.

Room was a little bit gloomy.Sheets were of course dirty, but after we drink a cup of tea we successfully fell asleep - this was really worrying day. 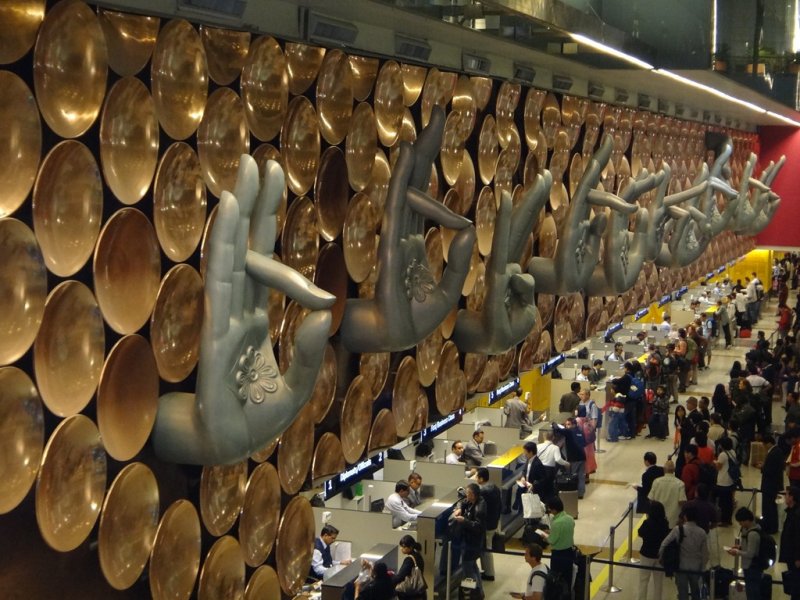