There was my last full day in Lisbon (tomorrow I am going to Peniche to surf camp) and my first destination is National Pantheon. Mostly because of flea market that is held there every Tuesday and Saturday. I read that market is usually closed after midday but I was there around 3 pm and there were still many of the sellers.

I took a metro, went out on the Santa Apolonia station and by narrow and as usual very steep street ascent  to National Pantheon. Originally, this building was a  Church of Santa Engrácia built in the 17th century. The interesting fact about it is that it was not completely finished till the 1966. In 1916 it was took a decision to convert this church to the national Pantheon. From that times all important Portuguese personalities are buried here. 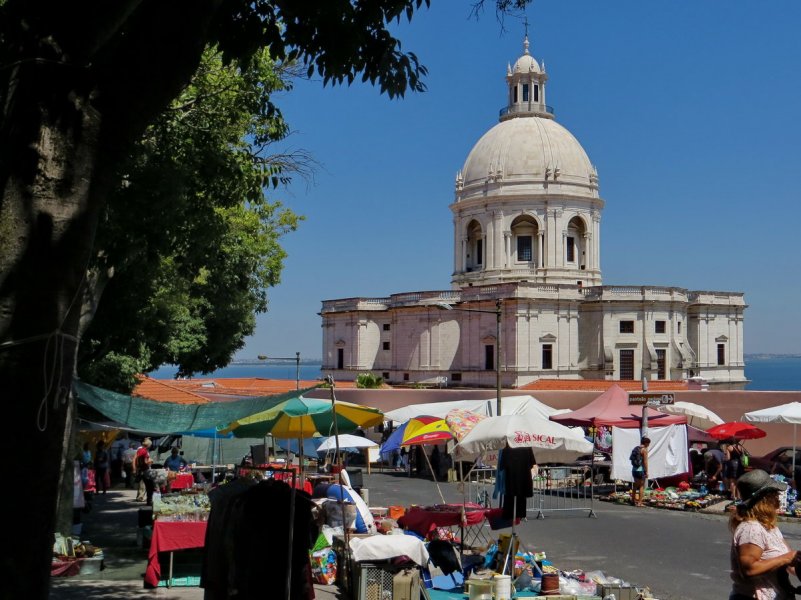 Quick look inside the Pantheon (as it is not free of course). 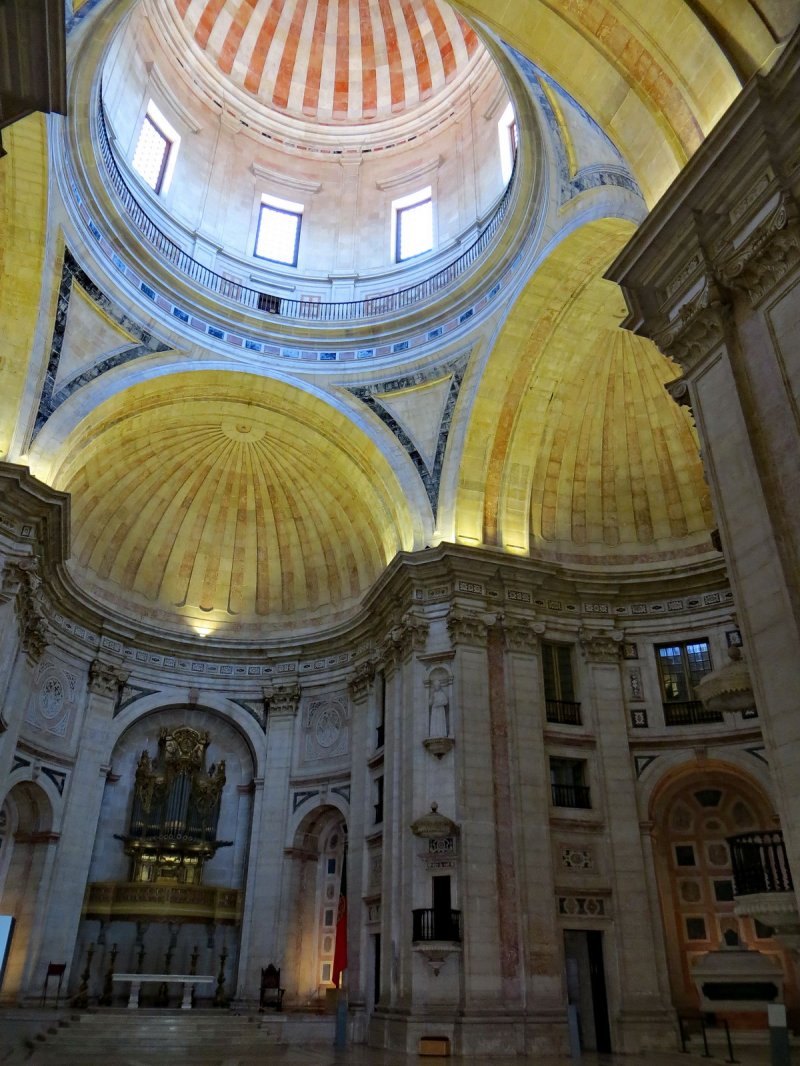 There are many sellers who sell not only second-hand and old things, but also many nice Portuguese souvenirs, clothes etc 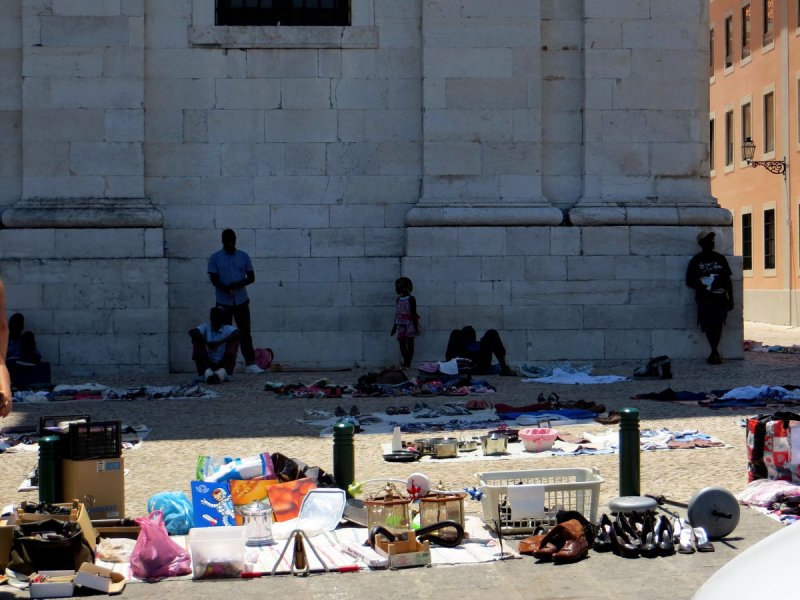 One of the most beautiful district in Lisbon  - Alfama is just here, near the Pantheon, so I moved in that direction. Took a quick look on Monastery of Sao Vicente de Fora en route. This monastery is considered to be one of the most important in the country. 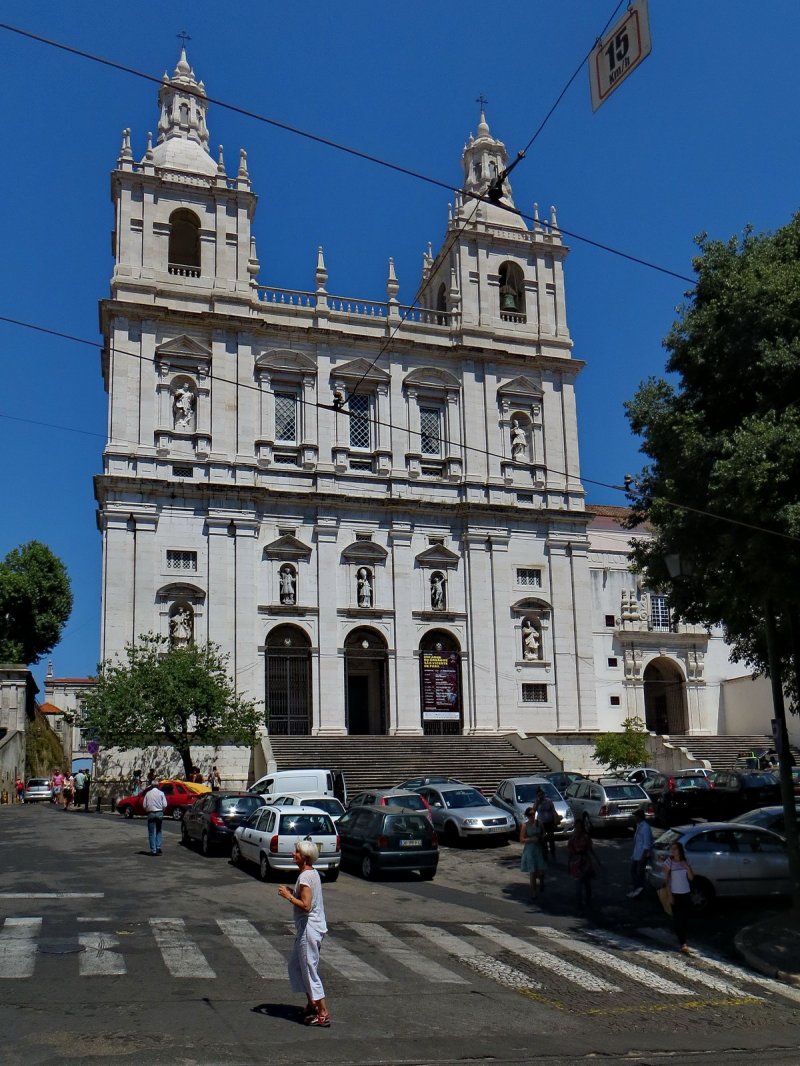 Alfama is the oldest district in the Lisbon, that survived during great Lisbon earthquake in 1755. 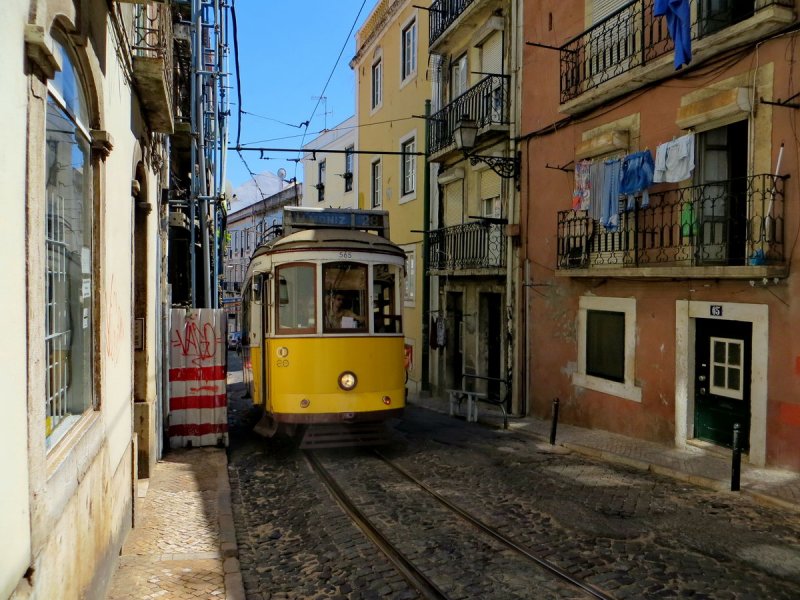 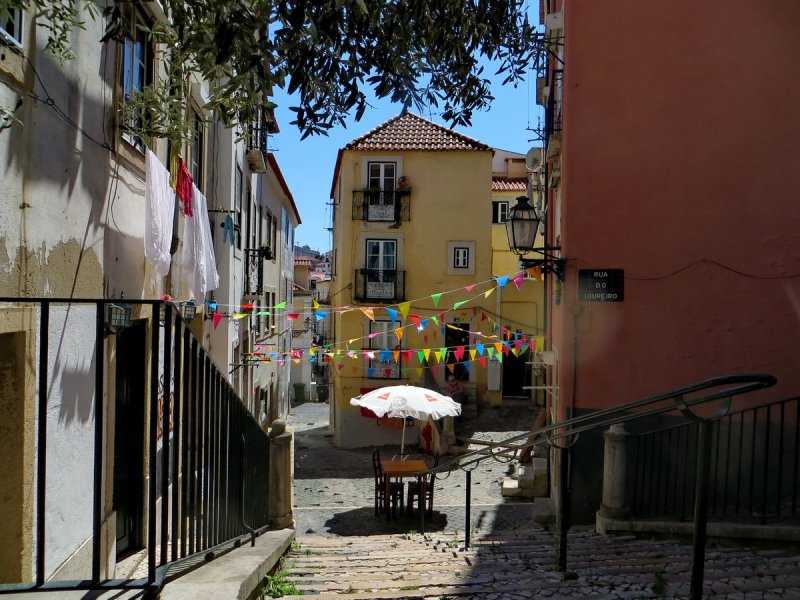 There are many restaurants where Fado concerts are held, as well. What is Fado and where you could listen to it - you could check in this nice article. 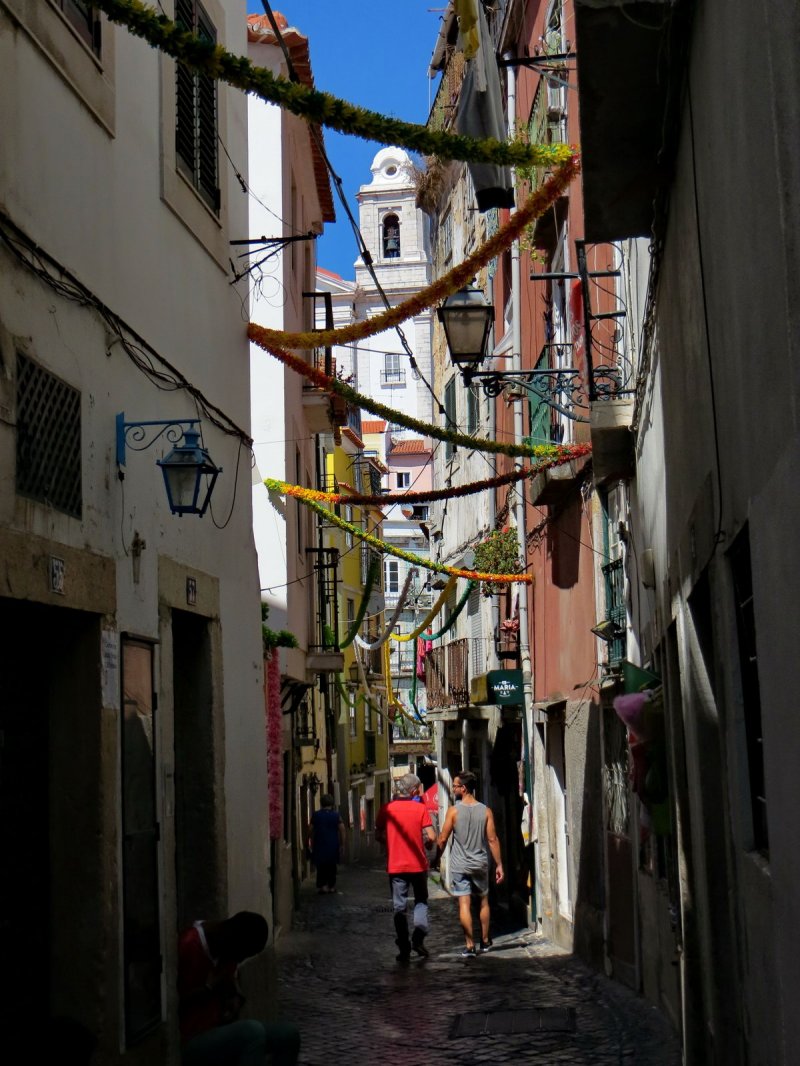 Walking around Alfama will for sure take you out to the main cathedral in Lisbon. This cathedral represents mixing of different architecture style, such as Gothic, baroque, neoclassic, due to many reconstructions. But the very original part goes from 12 century. 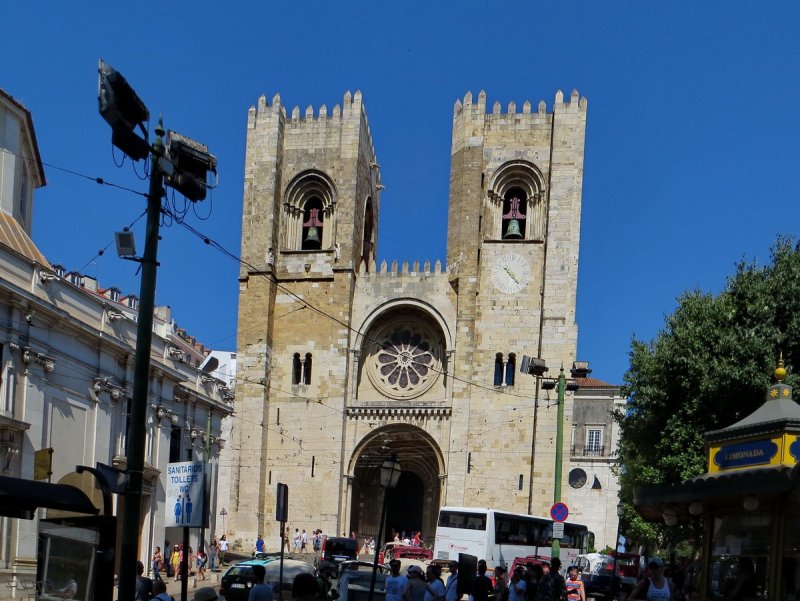 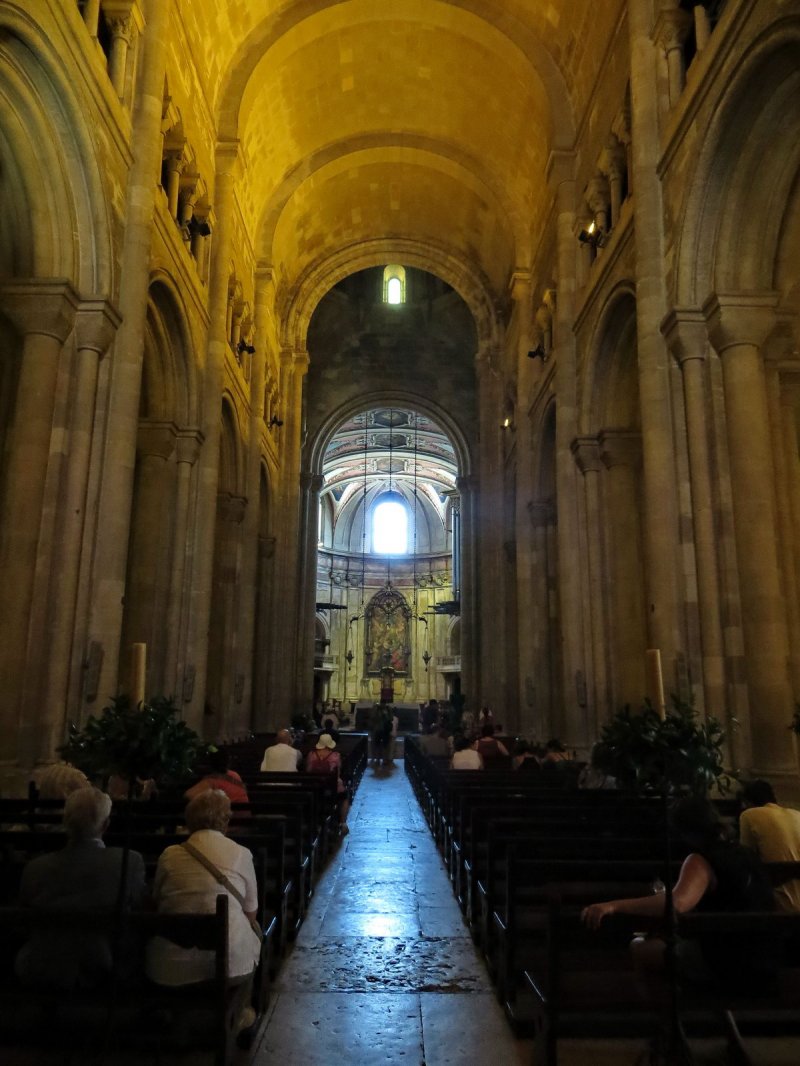 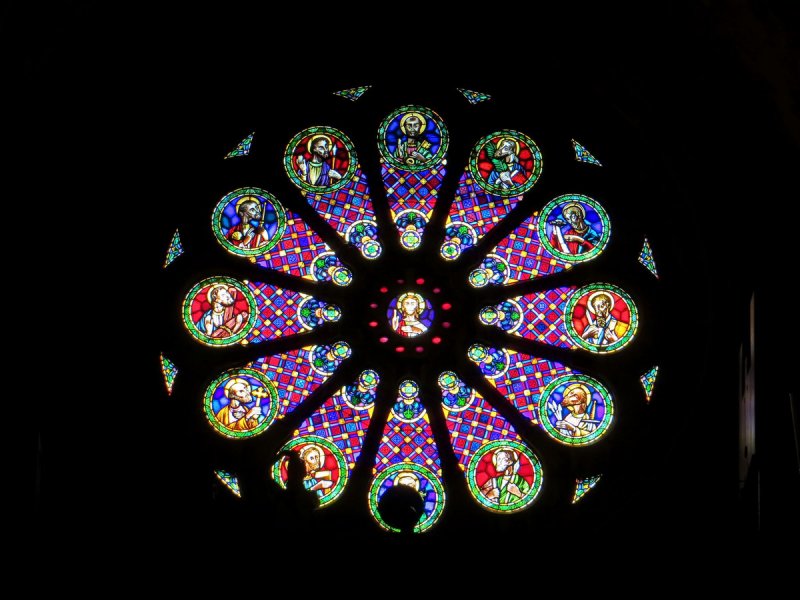 Then by the picturesque street with yellow trams I continued walking to Rua Garret and from there to Rua Trindade where I find the most amazing brewery - Trinidade brewery. 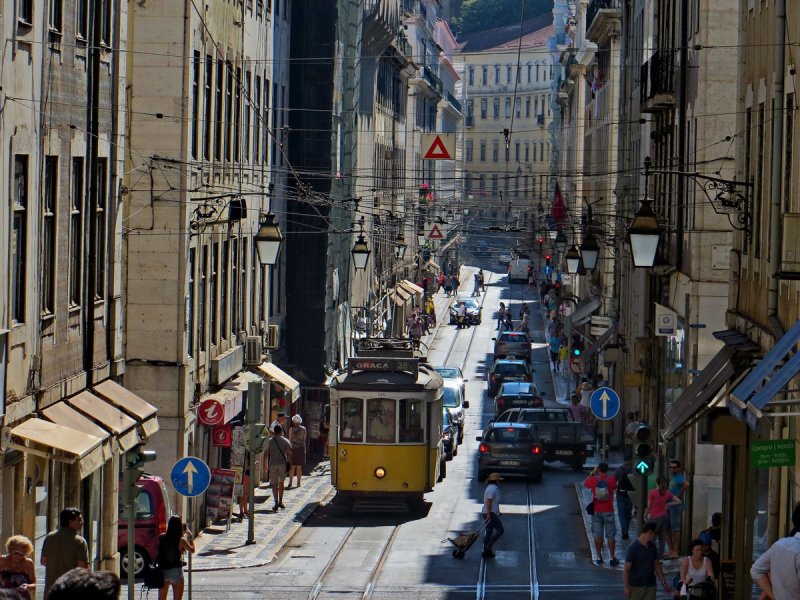 Originally there was a monastery in this building, built in at the end of 13 century. Building was almost totally destroyed during great Lisbon earthquake, but was reconstructed. 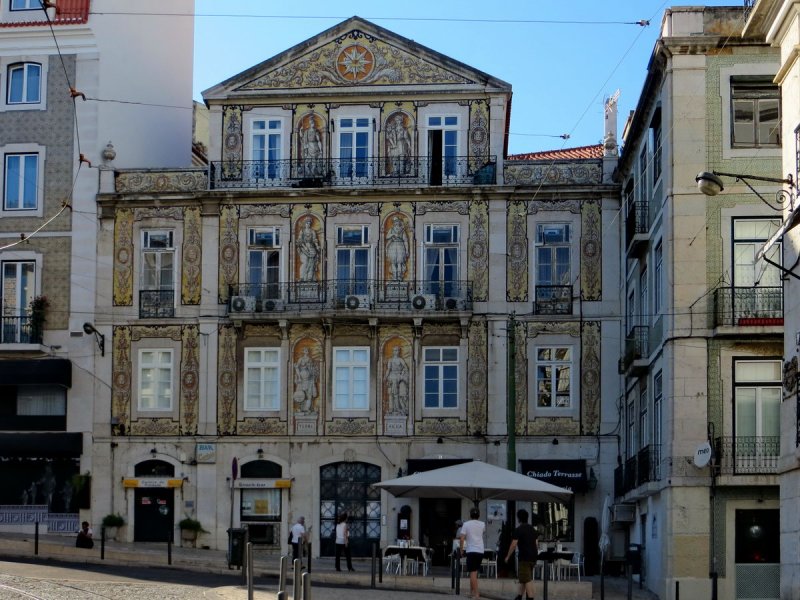 Eventually, at the middle of 19th century due to the extinction of religious orders from Portugal this building was bought by Galician rich industrial who decided to open the brewery here. 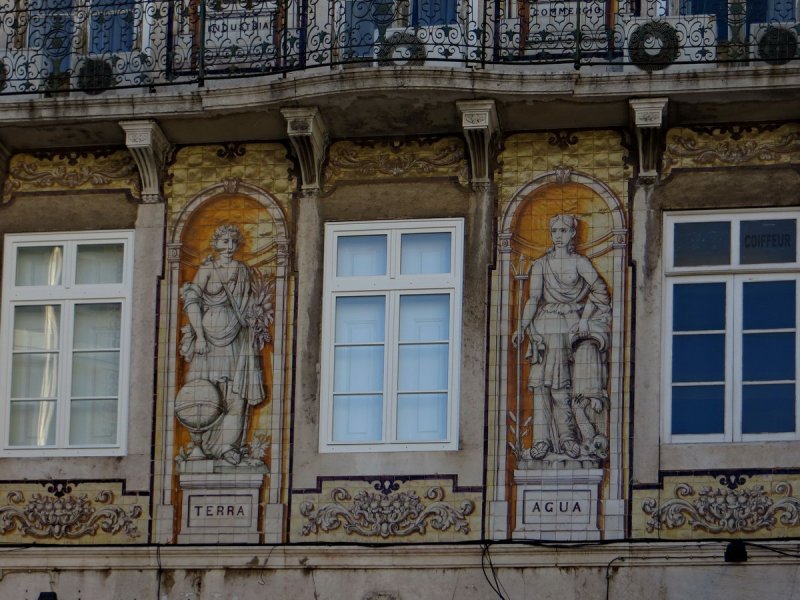 On the ground floor of the brewery there is large restaurant where you could try several kinds of beer  and a lot of seafood (0.5l costs 3.25 euro, 0.2l costs 1.65 euro). All rooms in brewery are decorated by very nice mosaic. 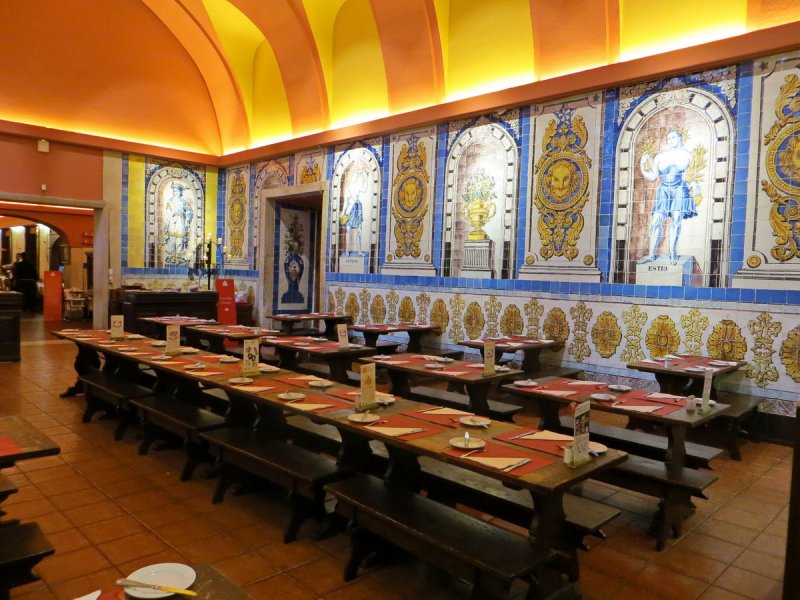 After a small glass of beer I went to Eduardo VII Park  situated not far from metro station Marques de Pombal and from my Lisbon home. I liked a park a lot  - it’s big, green, with  stunning views.

That day there was kind of festival with music, food stalls and even small farm with different kinds of animals and herbs. Festival was held by Continente - network of supermarkets in Portugal. 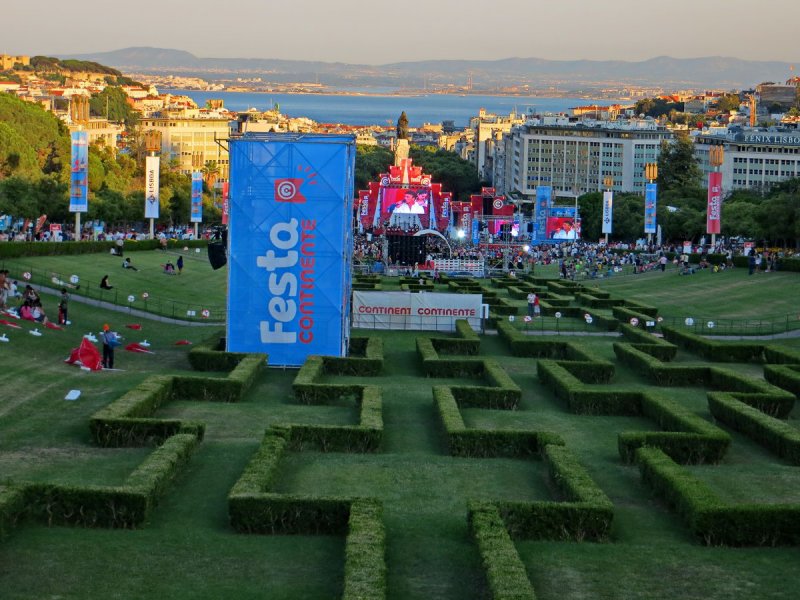 (Among other things, on the way to Eduardo VII Park you could enjoy really nice views in the Fenix Music hotel. Just enter the hotel, go into the elevator, press 8 - and here you are - on the rooftop with marvelous views on park and city. Don’t be afraid, nobody will ask you where are going)

Detailed map of my walking: 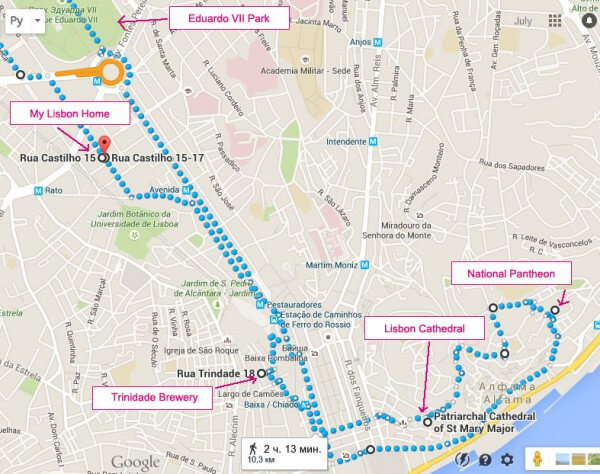 20.00 - room
1.40 - metro ticket to National Pantheon
1,50 - ice cream and water in one of Alfama minishops
1.65 - beer in Trinidade brewery
1.00 - portuguese bread with meat bought in the park
(for dinner fried vegetables with cheese bought several days ago) 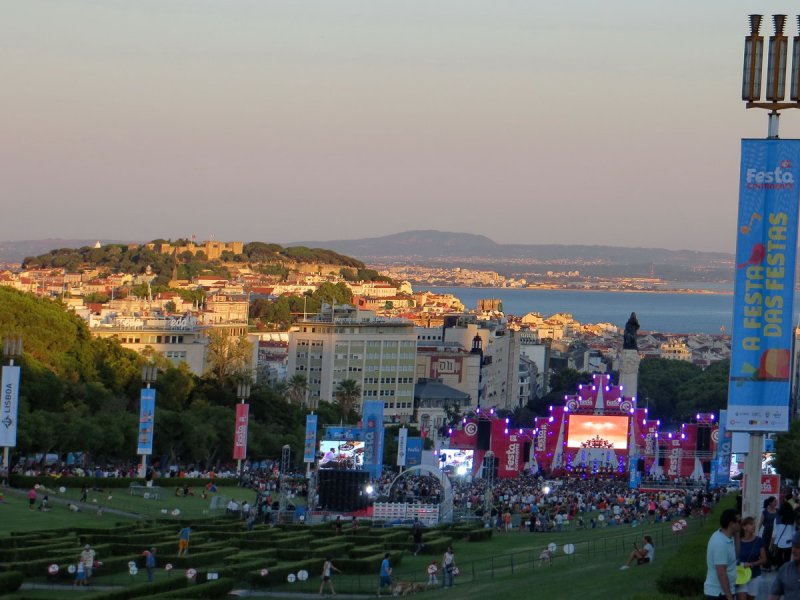 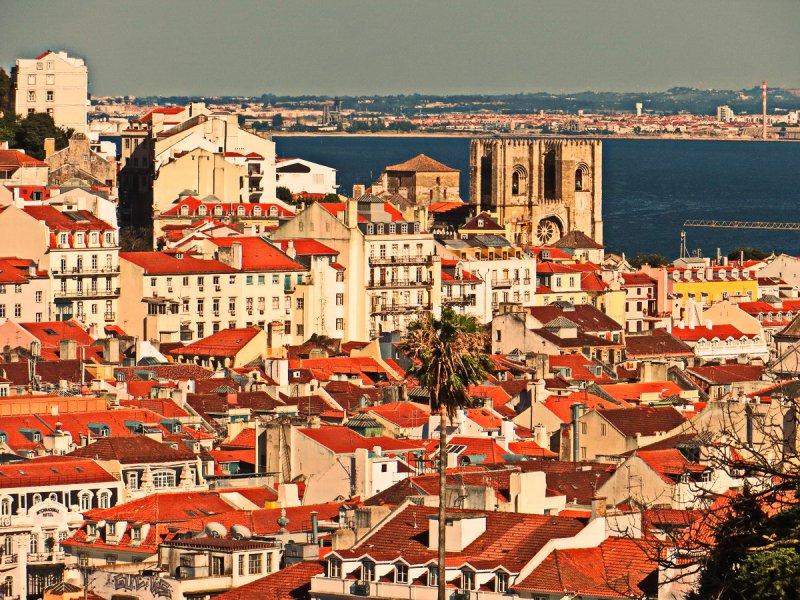