We woke up at 4 am because of the noise in the hotel’s corridor. It was almost impossible to sleep, but we laid in the bed, waiting for the dawn.

We check out around 7 am and went to the bus station. The bus to Palitana departs in half an hour - the Indian man in the ticket office said. We could not understand from what platform our bus will depart as all of them were signed by Indian figures.

Bus was late for 15 minutes. As bus arrived  to the platform, crowd of indians surrounded the bus and its door. People threw the bags in the open windows, reserving seats. By the time my friend  had jumped into the bus all the seats were supposedly busy. However, later  it appears that two seats are still free so we sat down gladly.

Road to Palitana from Bhavnagar is badly broken-down. We sat at the back of the bus and constantly bounced on the bumps. After some time the controller came and we bought tickets - for 66 rupees. We arrived to Palitana in hour and a half.

We haven’t decided what to do next after we visit Palitana, so as we went out from the bus we catch tuk tuk and go to the hill of Palitana with our backpacks - this was not our best decision :) 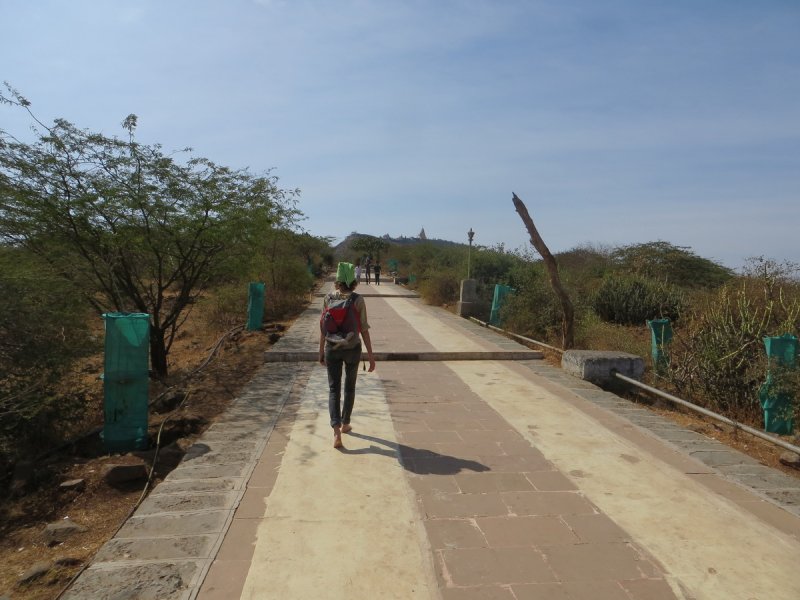 Palitana with its more than 800 hundreds temples is considered to be the most sacred place in Jain community. Every year thousands of pilgrims come to Palitana to visit its temples. 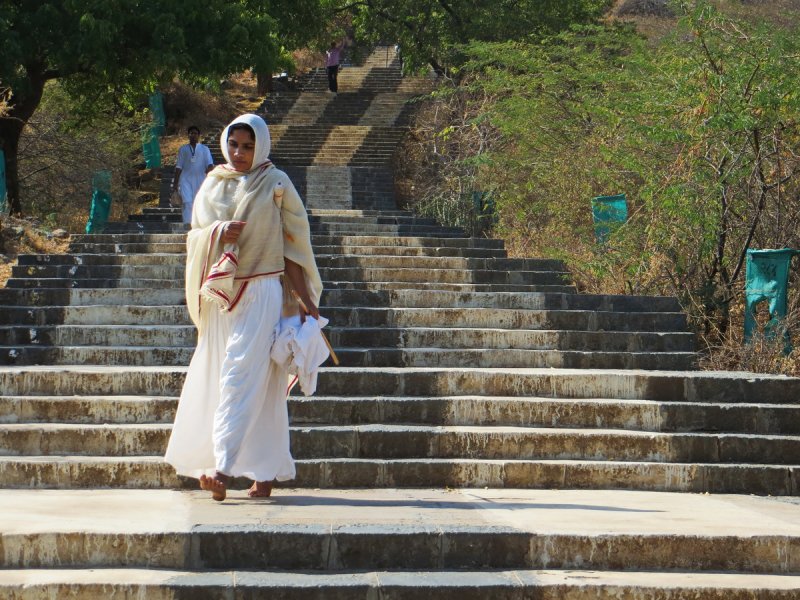 Ascend here is much easier in comparison with Girnar. Halfway we sat down to rest and drink water. We walked slowly, enjoying a rare quiet moments in India and the beautiful views. Everything here was more civilized than in Girnar hill - there were no monkeys, sellers of  water and biscuits along the way. Women swept the stone steps that were at least twice as wide as in Girnar. There were no garbage on the curb. However, in the meantime, this place has been deprived of some elusive charm inherent in Girnar. 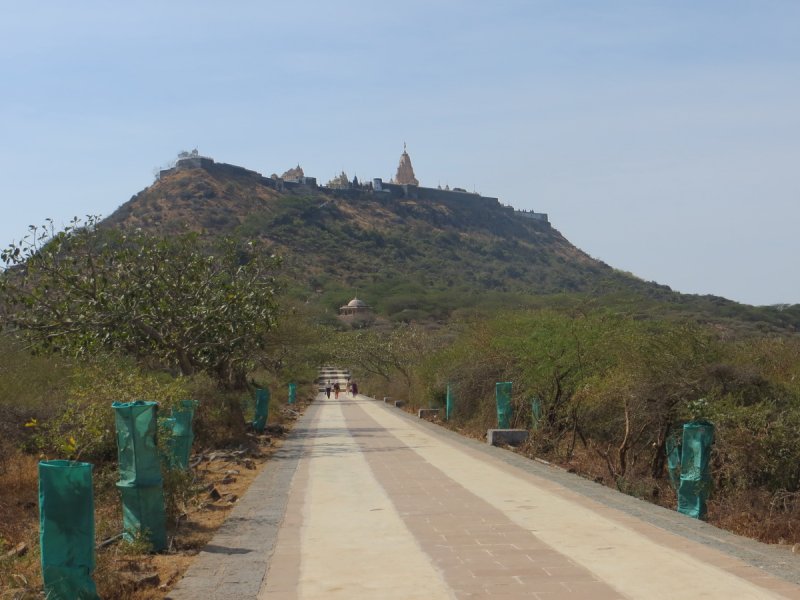 Two hours later we reached the top of the hill. There was a lot of Jain temples, gathered in the complexes. First, we went to one of the complex where there were many pilgrims. It smelled of roses - the pilgrims used them for their rituals. People laid rice in some ornaments just on the floor. On the square in front of the main temple musicians played. Everyone was friendly and welcoming even though we stood out from the crowd. 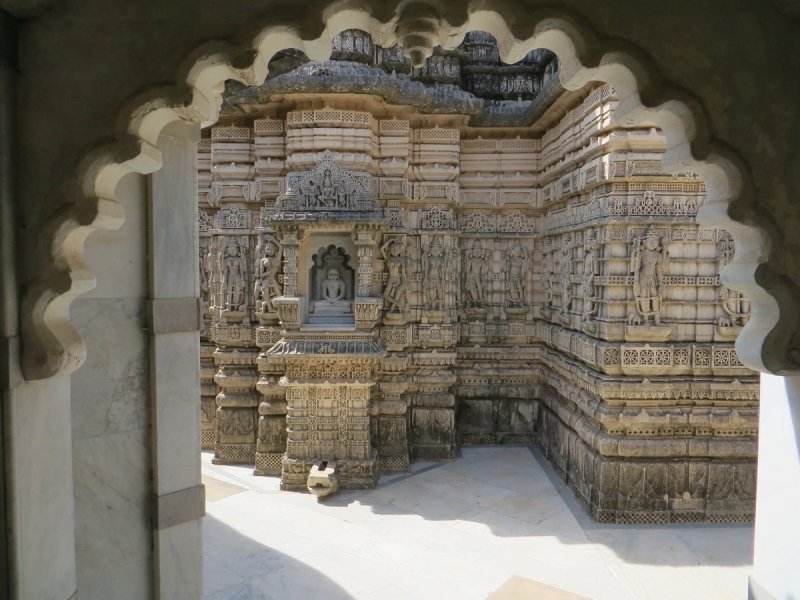 After sitting and watching the people we went to the other areas. We were tired by ascending with backpacks so we decided to take a rest and eat biscuits. 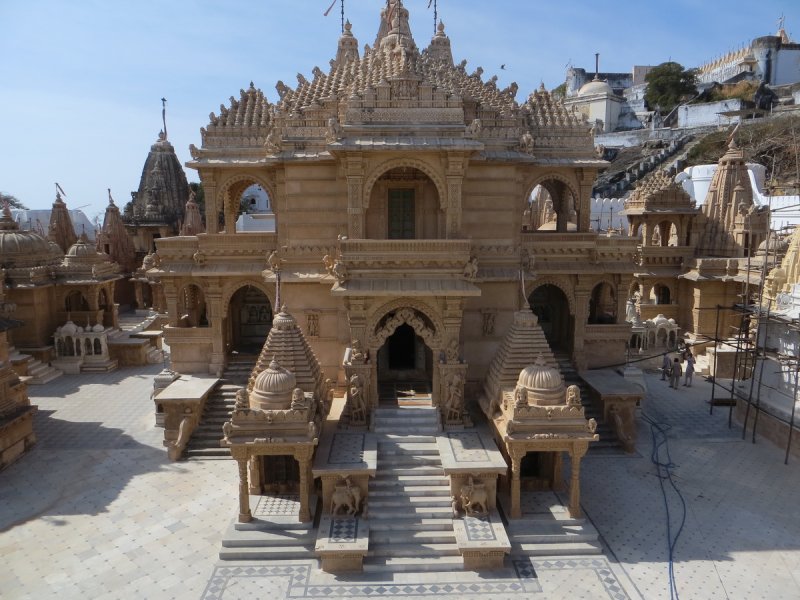 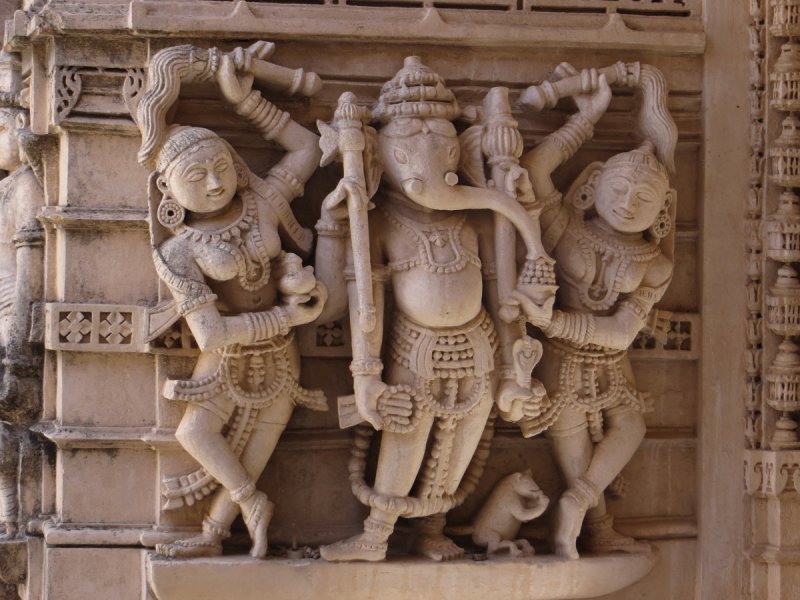 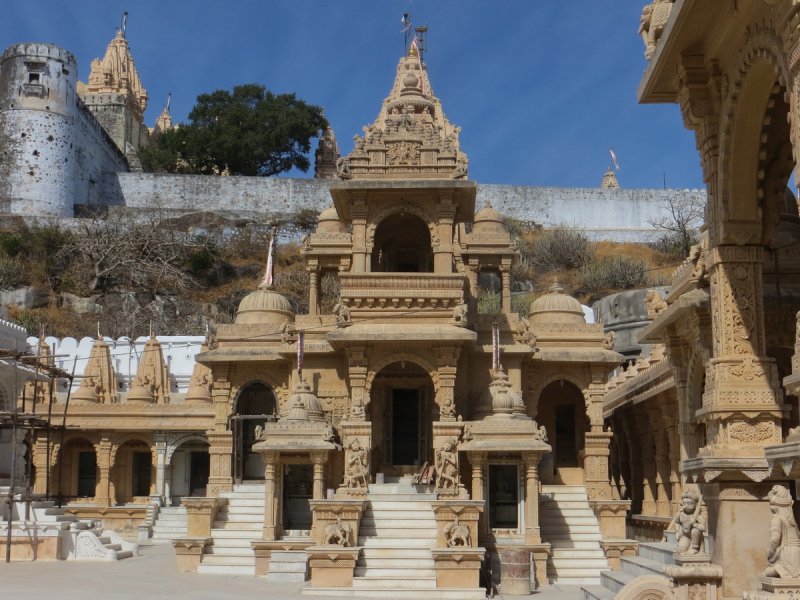 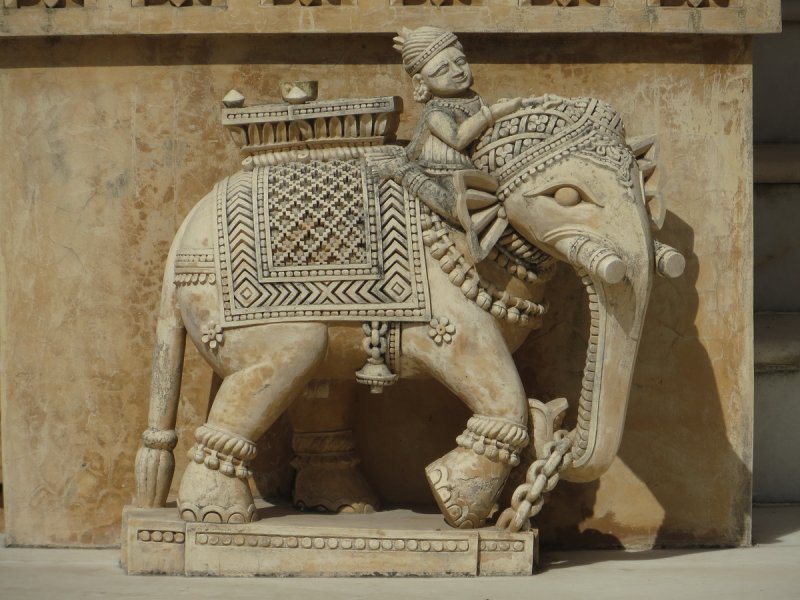 After a long search, we finally found a great place to have a snack - with a view on a lake and lower complex of temples. 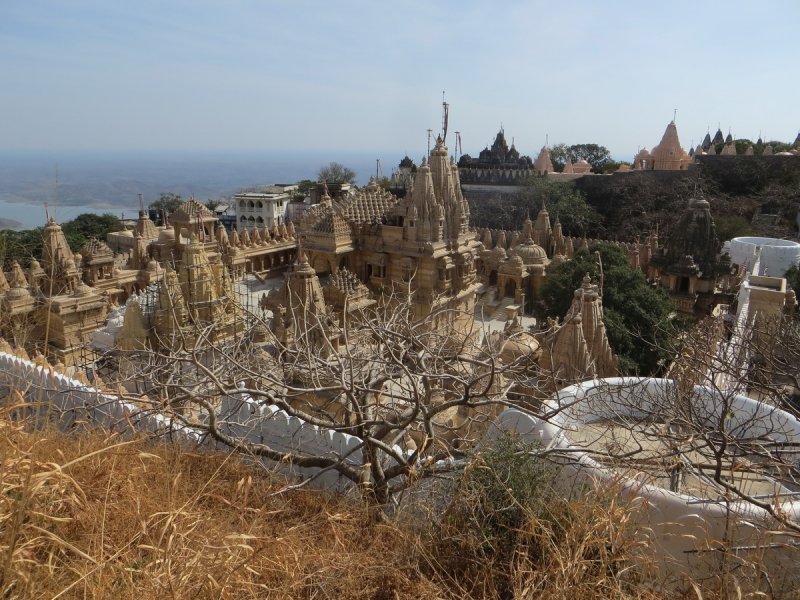 We came back to the town by tuk tuk. It was late to return to Bhavnagar and we didn’t want to return there - we didn’t like the town and its hotels, so we entered the hotel opposite Palitana bus station. Room was rather cheap (500 Rupee) but in the bad conditions, although we decided to stay there. There was old furniture, no hot water and dirty walls. But the large windows and a sunlight made the room even cosy. 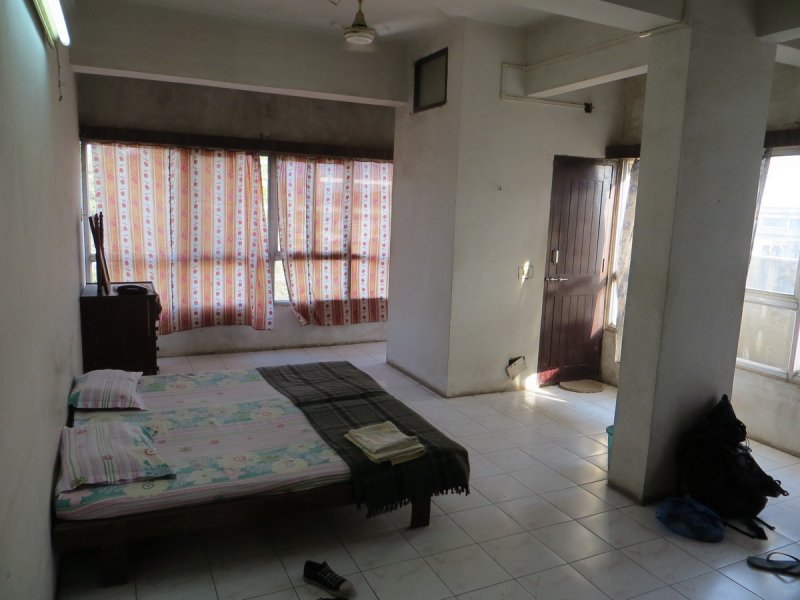