We have spent 27 days in Myanmar and here is a list of the most interesting facts about this incredible country that we have noticed by ourselves, read in the internet or in the book.

Men and women all over Myanmar wear national dress called longyi. Longyi is a rectangular piece of cloth, around 2 meters long sewn into a shape of tube. Men tie a knot in front, while women tie one to the side when wearing. 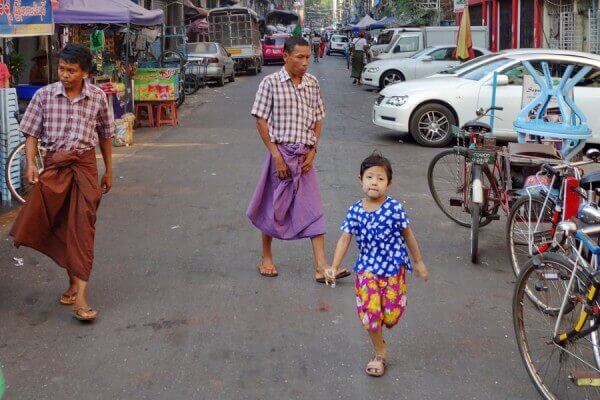 Women decorate their faces with thanaka - cream-like paste that is believed to protect from sun and cure acne. Thanaka is made of several kinds of wood that are grown only in Myanmar. 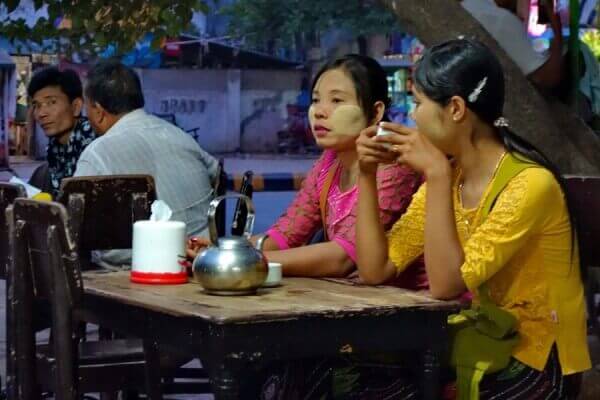 Women with thanaka in the teashop

Women grind piece of wood with water and then apply on the face usually in the oval shape, but sometimes in the shape of leaf. 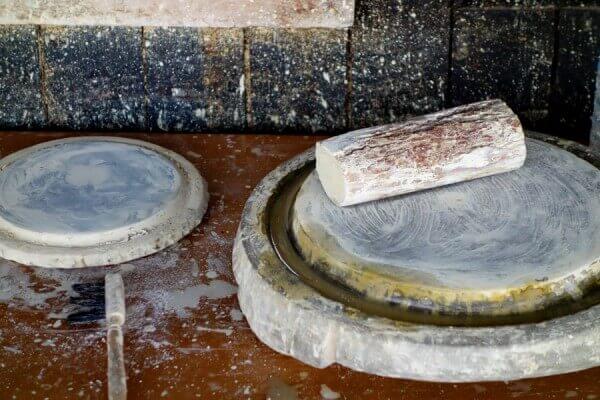 One of the traditional food is pickled or fermented tea. It is said that 20% of tea consumed in Myanmar is consumed as a pickled tea. 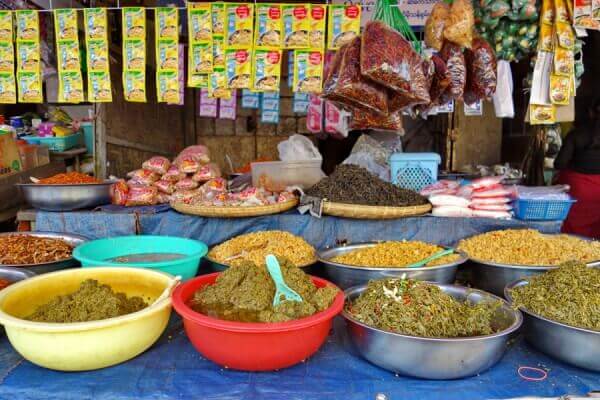 Fermented tea sold on the market

You could try it almost in every teashop usually in the form of popular tea-leaf salad called “lahpet”, when pickled tea is served with tomato, peanuts, sesame and some crunchy items. 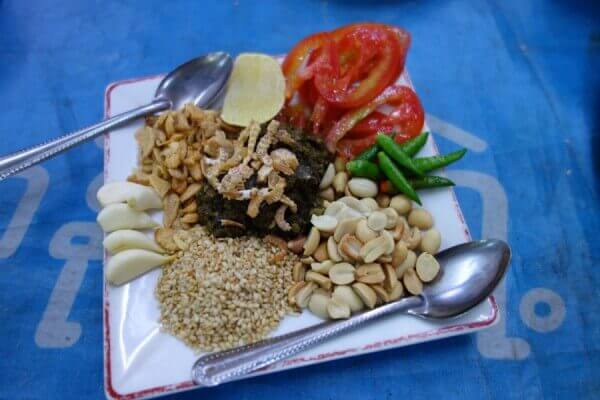 4. Restrictions to US dollars

They don’t except wrinkled, dirty US dollars. All notes must be crisp and new. Once we have tried to change our dollars we stuck because only several notes were exceptable of ten! We were said this is the rule set by government bank.

So called teashops are widespread. This is a kind of cafe where you can eat and get unlimited tea for free. Usually thermos of hot tea is waiting for visitors on the table along with small cups.

Betel leaves sold on the market

Then they spit it on the sideway, that is why all roads are covered with red spots (as well as men’s tooth are also painted in red). Betel leaves are sold everywhere along the streets and are used as a mild stimulants. 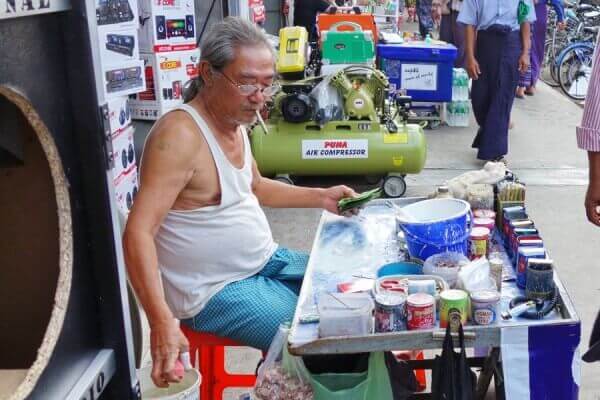 Seller of the betel leaves

Myanmar is the second-largest producer of opium in the world after Afghanistan.  The remote area know as “Golden triangle” lies in the intersection between Myanmar, Laos and Thailand. By 1990 Myanmar was producing half of all the world’s opium. 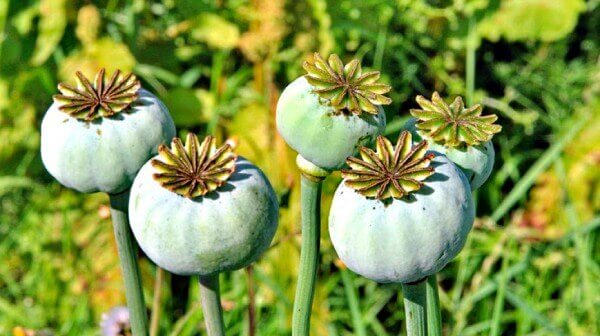 However, production level has fallen since that time, it still produces around fifth of the world’s opium.

In the evening local people gather in the teashops and watch TV. Usually films or football show on TV. Many of teashops have even two TV. 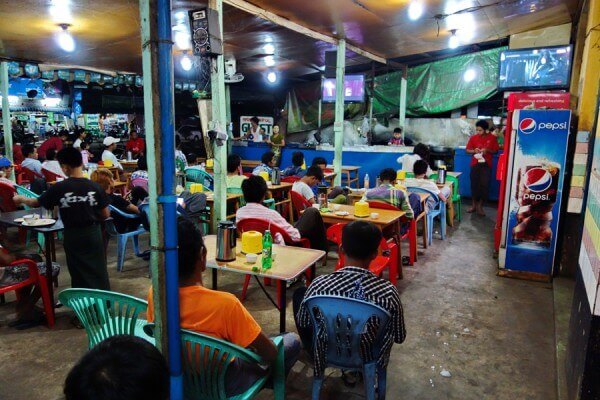 Myanmar is the only country where the traffic on the roads is right-hand, but the cars are as for the left-hand traffic (driver sits on the right as well)

Traditional sport in Myanmar is chinlone. The main idea is that there is no opposing team and nobody could win or loose. The focus of the game is to play as beautifully as you can.  Using a woven ball made of rattan, players usually move around a circle, with one player in the center, passing the ball to each other with their head, foot, toes, heel or knee. 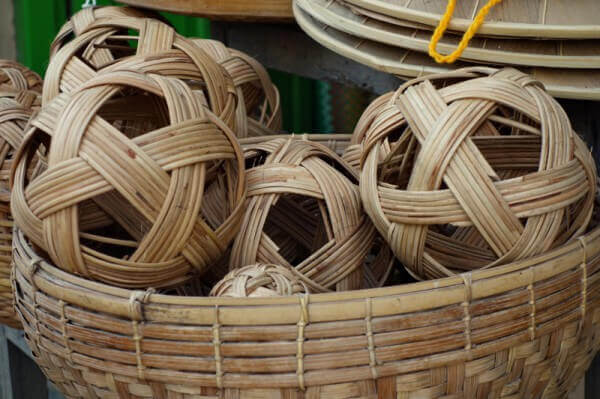 For the casual observer it may seem that people are dancing, that is why chinlone could be considered as half-game and half-dance. When travelling in Myanmar you will see boys playing chinlone everywhere and the balls for chinlone are sold everywhere as a souvenirs.

We noticed that almost all boys and men are playing popular mobile game “Clash of Clans” on their phones, it is so widespread in Myanmar that it is hard to believe. It was so surprisingly to see the man in the village of Inwa sitting near his bamboo house playing this game on his mobile phone. 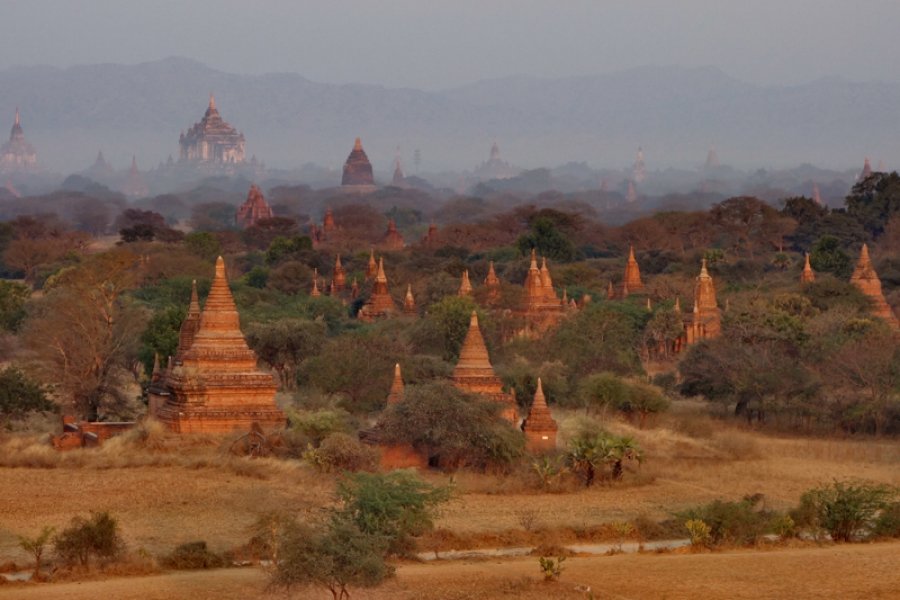